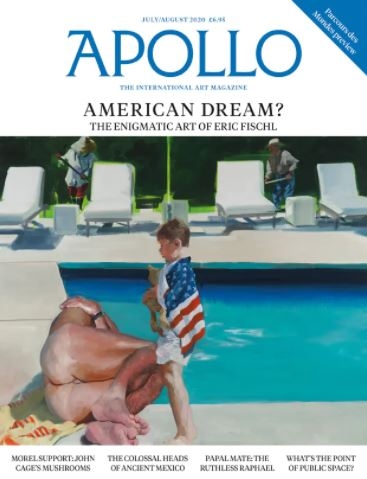 Since the inclusion of natural-history objects in cabinets of curiosities during the Renaissance, the collecting of such items – especially fossils, meteorites and other geological curiosities – has become a specialism in itself. As geological study advanced in the 18th and 19th centuries, accompanied by the emergence of palaeontology, fossil and rock collecting was driven by scientists, theologians and philosophers eager to investigate Earth’s history. The 1870s and ’80s witnessed the Great Dinosaur Rush, as the museum directors Edward Drinker Cope and Othniel Charles Marsh competed to unearth the best specimens in the American West. More recently, China has become the site of rapacious dinosaur excavation. As well as fossil buffs, mineral collectors and meteorite aficionados have been served by specialist dealers who operate through dedicated shops, galleries, fairs and auctions. Sometimes controversial – especially when fossils are ripped from their contexts and sold to private collectors, depriving scientists of valuable data – these trades are increasingly regulated by nations anxious not to lose their natural heritage.

These objects have also attracted the attention of the art world. Since 1997, Kunstkammer Georg Laue has gathered collections of museum-quality natural objects and scientific instruments alongside artworks. The London-based dealership Finch & Co has revived the idea of the cabinet of curiosity, taking its eclectic acquisitions to leading art fairs. In the mid 2000s Christie’s, Sotheby’s and Bonhams launched regular sales of fossils, meteorites and other geological phenomena, promoting them as firmly as their fine art and antiques categories. They were spurred on partly by a surge of interest in dinosaur skeletons triggered by the sale at Sotheby’s New York in October 1997 of a Tyrannosaurus rex skeleton, known as ‘Sue’, for $8.4m. Randall Kremer, who represented the Smithsonianin its failed bid to acquire the skeleton at the auction, has since commented: ‘We never thought of our stuff as being valued the way a Monet might be […] It was a cataclysmic event in the scientific community.’

While this material is sold across a variety of different sales, in 2012 Bonhams New York held its first Cabinet of Natural Curiosities auction, and since 2018 Christie’s has mounted its Sculpted by Nature: Fossils, Minerals and Meteorites sales. James Hyslop, head of science and natural history at Christie’s London, suggests that how an object looks matters more than its palaeontological significance: ‘Fossils are always hugely popular. People are fascinated by the sense of deep time they evoke. The key is that they have to look alive.’ In December 2018 Bonhams sold a large snapping turtle specimen set in a piece of 51-million-year-old limestone sediment from Fossil Lake in Wyoming for $112,500 (see p. 8). For ammonites, valuable to scientists in helping to date rock strata, the key to their value at auction is their decorative quality. Uncoiled ammonites have an added sculptural appeal, Hyslop says, citing the sale at Christie’s London in July 2018 of an uncoiled spiny ammonite from the Hauterivian, Early Cretaceous (around 133–129 million years ago), for £47,500 (estimate £30,000–£50,000; Fig. 1). The market for meteorites, once dominated by American collectors focused on the rarity of their chemical signatures (from Mars or the Moon, for instance), now sees collectors from across the world competing for the most spectacular examples. As Hyslop says, ‘The four S’s determine value today: size, shape, science and story.’ Collectors are especially drawn to pieces in which the meteorite’s shape reveals its passage through the atmosphere. Christie’s New York established a world auction record in February 2018 for a Canyon Diablo meteorite found in Arizona, which sold for $237,500 (estimate $150,000–$250,000). ‘It looked like a cartoon image of an asteroid,’ Hyslop tells me. According to Cassandra Hatton, a senior specialist at Sotheby’s New York, current prices come from opening the market to cross-category collectors. This has brought some surprises: gogottes, sculptural sandstone concretions, around 30 million years old and primarily found in northern France near Fontainebleau, are newly popular. In addition, she tells me, ‘Last December minerals went for well beyond their estimates – a malachite specimen, estimated at $800–$1,200, sold for $10,000 [Fig. 3].’ This comes as no surprise to Craig Kissick of Heritage Auctions in Dallas, who has seen the market grow rapidly in the last 20 years. Last July a piece of crystallised gold from Eagle’s Nest Mine in the Michigan Bluff District in Placer County, California, sold for $187,500; last August a topaz from Brazil made $200,000.

Dealers have also noted the rising market. In the past few years, London-based ArtAncient has begun to include geological and fossil finds, alongside Greek and Roman artefacts, in its presentations at BRAFA, Frieze Masters, Masterpiece London and TEFAF. According to the gallery’s director, Costas Paraskevaides, ‘The market is split. Traditional fossil collectors will not pay multiples for an outstandingly beautiful example. But some of the exciting new collectors I have met are interested in exceptional aesthetic objects of many kinds.’ He cites one collector of contemporary art, new to natural history, who, at Frieze Masters in 2019, bought a Tyrannosaurus rex tooth (Fig. 2). ‘It was like a gem,’ Paraskevaides says, ‘with a surface like dark wood but with these tiny serrations around the edge.’ ‘Some contemporary art is intentionally provocative,’ he adds. ‘These are provocative objects.’

In April 2017, Iacopo Briano, a specialist consultant in dinosaurs and other fossils at the Paris-based auction house Binoche et Giquello, co-founded Art Sablon in Brussels with Jonathan F. Kugel, Nathan Uzal and Alessandro Ferrada, to bring together contemporary art, classical sculpture and natural history. ‘We felt the old idea of the Wunderkammer was too historically based.’ Briano says. ‘We asked, how can we build a new idea of a Wunderkammer, mixing contemporary artists who experiment with materials with antiquities and dinosaurs, fossils and corals?’ He had consulted on the sale in Paris in April 2018 of two artfully mounted dinosaurs, during which bidding quickly soared. ‘I realised that it was not a matter of people being interested in natural history but of people being interested in things that are unusual, curious, rare or beautiful.’

‘When we began collecting there was a hierarchy of mineral collecting,’ says Stuart Wilensky, a long-time trader in minerals, who set up his gallery in New York in 2018. ‘A proustite is more important than a calcite; a Herodsfoot bournonite is somehow more significant than one from China; azurites from Bisbee [Arizona] and Tsumeb [Namibia] were, well, more important and valuable than anywhere else.’ Today, as Wilensky makes clear, aesthetic qualities dictate value. ‘Now a fluorite is as valued as a silver, quartz is no longer just considered a matrix, pyrites sit equally with copper, Cave-in-Rock [Illinois] is as beloved as Tsumeb, and common species of uncommon quality are often the stars of any collection.’ Perhaps the most striking example of renewed art-world interest in these natural objects is the exhibition ‘Gogottes: A Rift in Time’, held at Eskenazi in London in 2018. Daniel Eskenazi, himself a keen collector of meteorites as well as gogottes, says simply: ‘This is definitely a growing market. I sell to people who are curious.’